The product aimed to be developed within this project is in fact two amplifiers in a single chip MMIC, implemented in GaAs pHEMT technology. Two separate amplifier sections can be selected based on the application, using a control line, as depicted in the figure. One option is a high gain linear amplifier operating at 24 – 24.125 GHz with maximum linear output power of 0.1W (20 dBm) and saturated output power of nearly 23 dBm. The other option can be considered as a medium power amplifier operating at 24.25 – 28 GHz with saturated output power of about 2W (33 dBm). Each option can be selected based on the requirements of the application. Throughout the design, the amplifier with higher gain but lower saturated output power (Psat) is called Amp1 and the other with lower gain but higher Psat is called Amp2. 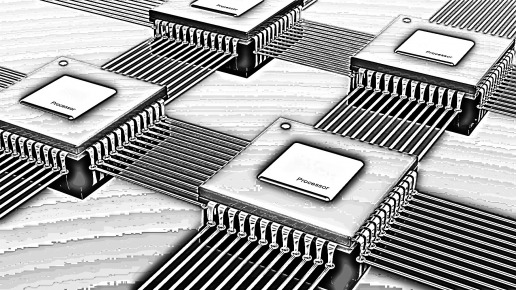 The reason Amp1 has lower Psat is that it will be operating at the ISM band (24 – 24.125 GHz) where the maximum output power is limited. Some of the applications in the 24.125 GHz-based ISM band defined by the Federal Communications Commission (FCC) are point-to-point radio, police radar detector, automotive sensors, theft prevention and alarm systems.

Amp2 may find applications in the 5G New Radio systems where typical output powers of nearly 1W will be required. 24.25 - 27.5 GHz is defined in 2016 as the Pioneer Band by the EU's Radio Spectrum Policy Group (RSPG) for 5G New Radio. New Radio (NR) is the wireless interface defined by 3GPP for 5G. In recent years, most of the microwave and mm-wave equipment developers have concentrated on developing new components in the 24.25 - 27.5 GHz frequency band.